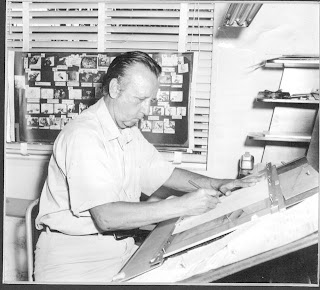 Don Griffith, who will be featured in Walt's People - Volume 8, was one of the key Disney layout artists. He started working at Disney when he was 19 years old (in 1937) when the Studio was still on Hyperion. He started out as an inker and worked his way into doing Background and Layout. He didn't have any training as an artist before he started working for Disney which is why he thought anyone could learn how to draw. He worked at the Studio for almost 50 years (until 1984).

His granddaughter Tammy Rogers was kind enough to send me these photos of his 40th Anniversary at the Studio. Would anyone recognize the other artists featured?
In the last photo, the caricature of himself that Don is holding was drawn by Vance Gerry. 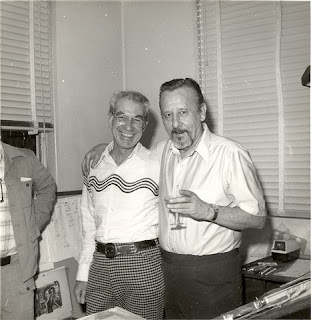 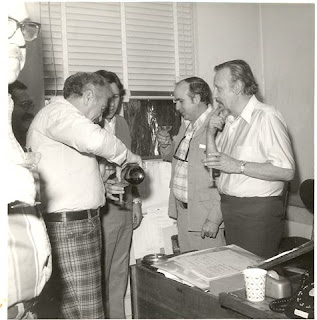 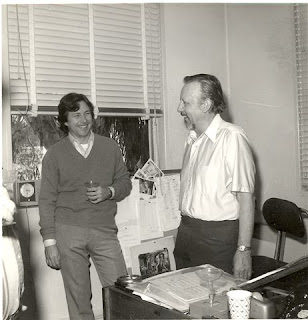 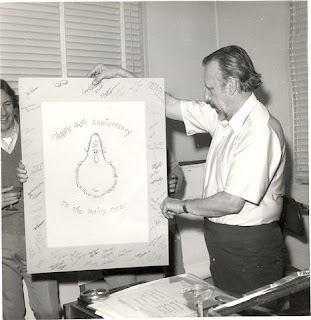