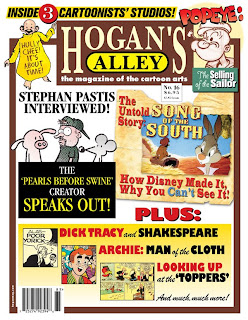 This just in from Jim Korkis (I read a preview version of the article mentioned below and it is spectacular. Not to be missed):

www.howardlowery.com is hosting several online auctions including the collections of Bruce Gordon and Ollie Johnston.

A group of Disney fans have banded together to celebrate the closed Adventurers Club on Pleasure Island. The club closed September 2008 but it is not stopping a group called ConGaloosh (one of the traditional greetings in the club was "Kungaloosh") to have a convention inside the club on September 25-27. Further information on the event can be found at www.congaloosh.org.]
Posted by Didier Ghez at 2:30 AM