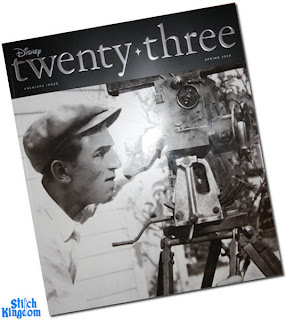 So the cat is finally out of the bag. I had heard for weeks that an ambitious project was underway at the Walt Disney Company aimed at Disney enthusiasts. It was revealed yesterday and does really sound like something exciting and that we would want to support. It's called D23 and you can read more about it through the links below:

Thanks for the mention. I actually have a lot more information on D23 including details that revealed during a press only conference call. It's best to access all of the D23 articles on Stitch Kingdom through http://www.stitchkingdom.com/tag/d23

It is great Didier! From what I saw of it, it is really done for the fans!