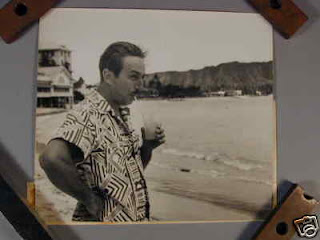 Here are a few photos of Walt found on ebay recently. According to the captions, the one above is taken in Hawaii in 1939. 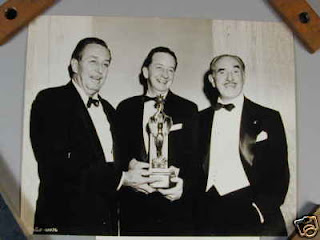 This one shows Walt and Jack Warner (right) along with the manager of the Palace Theater in Canton Ohio to celebrate the Movie Exhibitor's Compo Award in 1953. 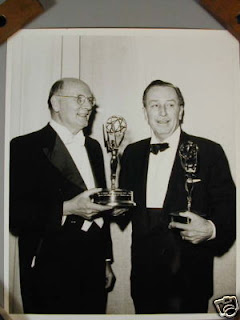 This one seems to be Walt Disney and Dr. Frank Baxter, who presented Walt with the Emmy Award for Our Friend the Atom. 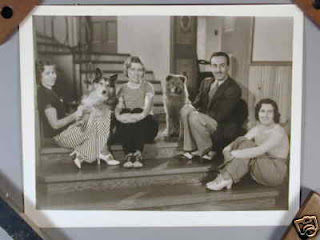 Finally, this is a photo taken by Clarence Sinclair Bull who headed MGM's Portrait Department for over 40 years, showing Walt, Lillian, Lillian's sister Hazel Sewell, and her daughter Marjorie Sewell, along with the Disney family dog, on the steps of the Disney home.
Posted by Didier Ghez at 6:30 AM

I think you mean Jack WARNER!

Thank you for pointing them out!