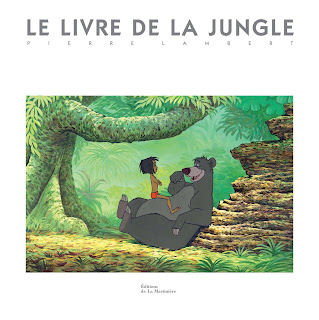 If you enjoy art books about Disney and have never come accross Pierre Lambert's, you are missing a pleasure unequaled by any. The three huge books Pierre released throughout the years, about Pinocchio, Snow White and Mickey are astounding objects in themselves. The sheer size of the books is surprising, the quality of the reproductions unparalleled and the document selection perfect (the texts are good too but clearly not the focus or the selling point of the books). Two of the volumes exist today in English: Pinocchio and Mickey Mouse.

I have just spoken to Pierre and he had very exciting news. He has a new French publisher who has agreed to release by the end of the year Pierre's new book about The Jungle Book. The format of that volume will be the same huge one Pierre acustomed us to with his past three books.

In addition, the Snow White book will be re-released with a few new documents and a new cover. Since we are talking about a re-release, though, the format will be smaller.

This might also be exciting news for our English-speaking readers. Pierre's publisher is part of a major US group (Abrams), so there might be soon some editions of the two books in English (this is not yet confirmed). 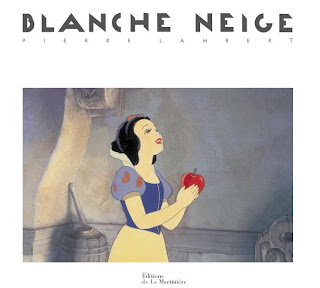 Great, I have all three, if there is no US copy it will certainly be available through Amazon France.

Wow, I never knew he did a book on Snow White. I have the Mickey and Pinocchio volumes, and always wondered if the series might continue.
This is great news.

This is great news, indeed, particularly the fact that "Snow White" will be published again (in time for its new Platinum edition, I suppose).

However, it's a little disappointing that he chose "The Jungle Book" as the subject of his new book. The film is not unpleasant, but, despite its popularity, it really is one of the studio's lesser films, and the artwork is considerably less interesting than that from previous features.

this is a must have. i will be watching for it like a hawk.

thanks for the update!