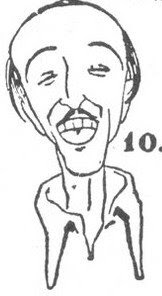 The caricature from 1929 (above) was drawn by Jack King (together with caricatures of all the artists of the studio at that time).

The painting of Walt and his crew: Walt Disney by Miguel Covarrubias, 1937; Gouache. 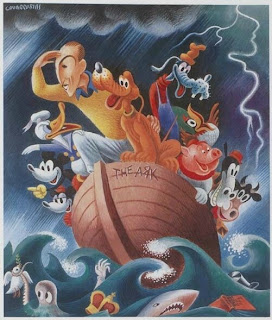 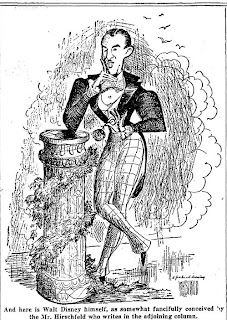 "Walt Disney has made a brilliant acting unit out of about as irresponsible, undependable, unstable a crew as ever trod the boards," claimed the text accompanying this Vogue caricature, June 15, 1937.
Do you or readers of your blog know of other early caricatures of Walt - by studio artists or others ?]

I love the first one, it depicts a really heart felt laugh, really alive!