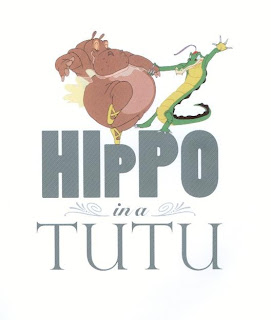 I mentioned a while back how excited I was by the upcoming book by dance critic Mindy Aloff, Hippo in a Tutu. I was glad to receive a review copy a few weeks ago and devoured it over the Christmas season. The Bottom Line: I loved 75% of it and was unconvinced by the remainder. In other words: I would definitely recommend buying it but with a few warnings.
The illustrations have been selected with great care and show a large number of never-seen-before documents. I particularly loved the elements coming from the Cowan collection, as well as the photographs of live-action references and the sources of inspiration for the Disney movies and shorts. The shots of Isadora Duncan that could have inspired The Goddess of Spring, of Virginia Davis dancing with Garland Ladd as reference for Mr. Duck Steps Out and of Marjorie Belcher dancing with composer Oliver Wallace for Snow White are priceless.
Speaking of which, the other undeniable highlight of the book is the detailed interview with Marjorie Belcher by Mindy Aloff. Mindy asks all the right questions (including some about Marjorie's short-lived marriage with Art Babbitt) and that interview itself, from my point of view, would justify buying the book.
Now come some of my reservations: I honnestly found the first two chapters of the book (A Short, Highly Subjective Tour of Dancing in Historic Disney Animation and Choreography: Dancing and Drawing) hard to focus on. I believe the main reason for this is that while I learned quite a bit in those chapters about the history of dance and choreography and how it applied to Disney animation, I also never knew where Mindy wanted to lead us with her text. I felt lost and had the impression of jumping from subject to subject without getting the point of the whole thing. My guess is that I like structure and focus too much to have been in synch with those two chapters.
Things get a lot better in chapter 3 (Animation, Dancing, and Music, or are the Silly Symphonies Really Silly) which focuses on some specific shorts and reveal quite a few stories about their sources of creation and their making, and in chapter 4 (Live-Action Reference: The Illusion of Life and Life Itself) which is from my point of view the true highlight of the book (thankfully it is also by far the longest of all the chapters). That chapter is both focused and full of interesting new stories about the actors and actresses that served as live models for Snow White, Fantasia, and quite a few other Disney movies. The information it gives us about the Jackson brothers (live references for the crows in Dumbo) and Hattie Noel (one of the live references for Hyacinth Hippo in Fantasia) are, once again, priceless.
Overall I would say that dance enthusiasts will probably enjoy thoroughly the whole book. As for Disney historians: the illustrations, Chapter 4, and the interview of Marjorie Belcher are a strong enough reason to buy the book, which I did find satisfying if not perfect.
One last thing: I was impressed all along by the quality of Mindy's research. As far as I could tell the text did not include any factual mistake (save for one obvious typo on a date) and showed a level of Disney-history erudition which is hard to find outside of books written by Disney specialists.
Posted by Didier Ghez at 4:58 AM

- I have not had a chance to see the book yet, but I'm glad you liked a majority of the effort.
- And I'm glad some of the images from our collection were able to help communicate a new take on Disney
- I look forward to reading it myself -- especially the section with Marjorie Belcher's interview...

Thanks for the review!

I can't wait to see a copy and check out the artwork.

I just heard Episode 98 of the All About the Mouse Podcast which featured a lengthy interview with Mindy Aloff. She described the full access she was afforded by Disney in researching the book. She admitted that she is more than a Disney fan than an expert on animation, but when she tried to describe some basic animation techniques it was clear that she didn't really understand what she was talking about. However, I am still interested in this book based on Didier's summary of the contents.