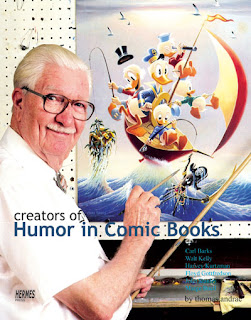 I caught myself jumping up and down yesterday after having received an email from David Peake who spotted the book Mickey Mouse, Hitler, and Nazi Germany: How Disney's Characters Conquered the Third Reich by Casten Laqua on Amazon. I have had Carsten's book (originally titled Wie Micky unter die Nazi Fiel and originally released in 1992) in my library for the last 15 years, but since it is written in German I could only look at the great illustations and try to guess at the content. What made this even more frustrating is that I have known Carsten personally for years and since he is a great Disney connaisseur (who interviewed quite a few Disney artists in the past) his book about Disney in Germany in the '30s was bound to be fascinating. Which explains why I can't wait to finally get ahold of this English translation.

What made David's email even better is that by checking the site of the publisher, Hermes Press, I also discovered that Thomas Andrae is about to release most of his in-depth interviews with comic-book artists in a single volume titled Creators of Humor in Comic Books. Since we have already read his interview with Barks in Carl Barks: Conversations, the main justification for my buying this upcoming book will be his Gottfredson interview, although I am also bound to enjoy the one with Walt Kelly. 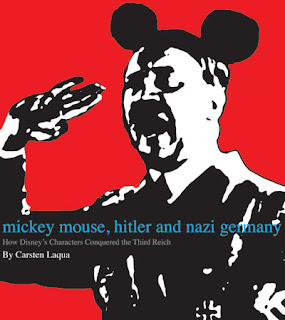 Sounds likea great read and one of the scariest images to grace a Disney-related book!

Should be an awsome book; can't wait.