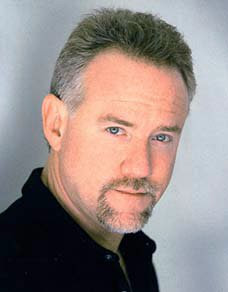 I had the pleasure of receiving a few days ago an email from composer John Debney, son of the late Disney artist Lou Debney. John is trying to gather as much information about his father's career as possible. Would anyone of you be able and willing to help?

[Lou Debney virtually spent his whole life working at Disney.
Born on January 3, 1916, he joined the Studio in 1934 at the age of 17. His career started in the Cutting Department, but soon became assistant director on Snow White and the Seven Dwarfs, working on most of the sequences directed by Ben Sharpsteen. From 1939 to 1943, he teamed up with with Jack Kinney working on all of the Goofy shorts released during that period, and later tackled projects like Peter Pan and Perri.
His claim to fame, however, comes from his key roles on the Mickey Mouse Club and Zorro, as he acted as producer of about 100 episodes of the first series and virtually all episodes of the second.
In the ‘60s he became production coordinator on The Wonderful World of Color and seems to have remained active at the Studio till his death on April 8, 1986.
Lou Debney’s son, John, is a famous composer who created the music of several Disney TV shows and movies, including The Disney Family Album series and Chicken Little.]

John Debney also wrote the music for my short GOODNIGHT MOON done for HBO in 1999. Unfortunately, I had to relay all conversation through producer, Amy Schatz.

That story is one of my children's favorites. Every once in awhile they both will ask my wife or I to read that story to them at bedtime.

Wow.. great to hear about John Debney. I think he did the music for the Walt Disney Tv show in the early 80´s (Wonderful World of Disney). For me one of the best Disney memories from the past.

I had no idea John was his son. I've been well aware of John Debney's musical career -- but somehow I never made the connection to Lou. In this business, people not related often share the same last name.

What a pleasant surprise to learn that John is Lou's son. Unfortunately, I never worked with Lou back in the fifties and sixties. I do remember he was an executive, and I did see him often.

Lou Debney married my cousin, Edith Hungate, a beautiful red head who had served in the Waves during WWII.

He visited our family in Chicago on a bleak winter day, radiating energy, a sun tanned California face and asked how we could bear to live in such a climate!

Together they became an exciting, artistic couple who had one wonderful son, John, who carries on the unusual creative talents of the pair. Wonderful people!