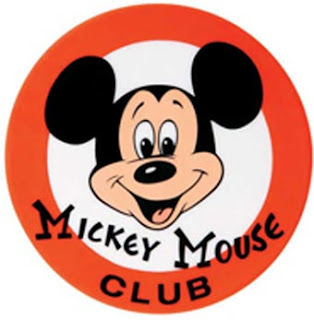 [Thanks to a Disney friend, I was able to see an old episode of the original Mickey Mouse Club television series that had an interesting segment that I had never seen before entitled “Karen in Kartoonland”.

As a kid, I loved (and still do) the “how to draw” cartoon character books. Apparently, Walt knew that the kids in his television audience loved to know how to draw Disney characters as well. When the “Disneyland” television series was being developed, one of the project proposals for that first year was a section entitled “Everyone Can Draw”. Supposedly, Roy Williams would handle the segment. The idea never developed any further for the show and Williams ended up using his cartooning skill at Disneyland itself delighting guests with quick sketches of Disney characters and on the Mickey Mouse Club.

In fact, for the original Mickey Mouse Club television series, the idea of a “how to draw” segment was revived.

The idea was going to be called “How To Draw” but by the time the project got going, little Mouseketeer Karen Pendleton had become popular so someone had the clever idea of calling the sequence “Karen in Kartoonland” and having her visit a Disney artist. The title was an allusion to Alice in Wonderland. The episode I recently watched had her visiting Disney artist Bill Justice who showed her how he animated Mickey Mouse and asked Karen to model facial expressions that he then duplicated on Mickey’s face.

For me, this is just another example of one of the many Disney “lost treasures” that should be included as an “extra” on some Disney DVD.]

I have a dedecation sketch by Roy Williams to a Karen. It says:

I wonder if this has to do with Karen Pendelton.

Anyway, I am interested in selling this dedication and wondered if you might suggest the best venue for doing so. Ebay was a washout.