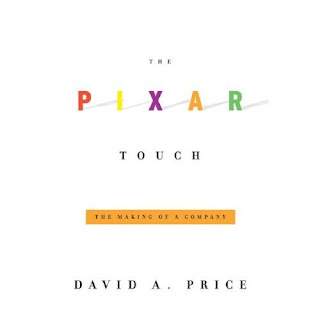 David Price's long awaited Pixar Touch has been released. As I mentioned a while back on Cartoon Brew: I can confirm that David Price really did his homework on The Pixar Touch. The good news is that the book even provides some new stories about recent Disney history, including the exact account of Frank Wells’ death (so precise that it is almost unbearable to read).

David, had asked me to write a blurb for the book, which, for time reasons, did not appear on the back cover. Here is what I had to say: "Precise, fast paced, and impeccably researched, The Pixar Touch takes us to the roots of the most significant revolution in the field of animation since the Golden Age of the Disney Studio. A must-read."