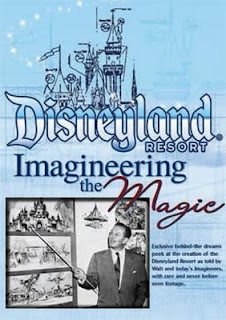 Two DVDs that sound interesting:
[1994 was the year in which Carl Barks went on his first trip abroad ever, on a European tour. During this trip, among other countries, he visited Sweden in association to Donald Duck´s 60th birthday. When Barks visited NAFS (k) and Seriefrämjandet (comic organisations) to meet and talk to his fans we had the opportunity to tape the event. The result was “Carl Barks Meets His Fans”, a 29 minutes interview with the greatest Donald Duck cartoonist ever!
After receiving a large number of requests we have now finally succeded inmaking "Carl Barks Meets His Fans" available on DVD. Order your own copynow, from LMB Media Productions on http://www.duckbusiness.com/, with start Mars 31.]
and to discover the other one, titled Disneyland Resort -Imagineering the Magic, check Alain Littaye's Disney and More.
Posted by Didier Ghez at 12:59 AM