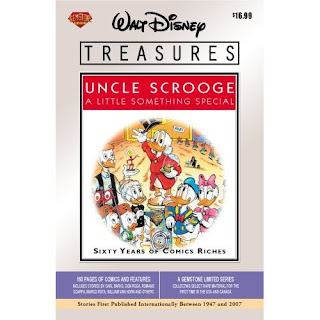 I mentioned the Italian I Maestri Disney yesterday, and David Gerstein pointed out that if there is a Disney comic book that is even closer to the Disney Treasures DVDs, it is the American Walt Disney Treasures. I was wondering when Volume 2 in that series would be released and David confirmed that this should happen within the next 2 weeks. Hurray.

Speaking of release dates, Dave Oneal's book Vacationland is out and can be ordered here.