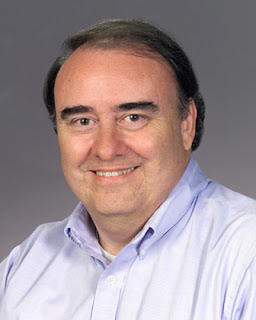 Unfortunately I was awaken during those recent vacations by a terrible phone call. One of my friends had just learned of the tragic death of Bruce Gordon at the age of 56. Here is the official message that was released to announce this death:
[We are sorry to report that Bruce Gordon passed away Tuesday. He was 56.
Bruce, a former Imagineer who spent 25 years working in a variety oftop creative capacities for Disney theme parks and authored/co-authored definitive books on a wide range of Disneysubjects and legends, passed away suddenly at his home in Glendale,California on November 6. Bruce wrote and designed books about Disney parks and such famous Disney figures as the Sherman Brothers, Peter Ellenshaw and Herb Ryman. Since leaving his WDI post in 2005, he had been serving as show producer and creative consultant for TheWalt Disney Family Museum. He also appeared frequently as a speakerat Disneyana conventions, often paired with his initial co-author and fellow Imagineer, the late David Mumford.

Bruce began his career as a model designer at WDI in 1980, and mademajor contributions to such popular attractions as Splash Mountain, Tarzan's Treehouse, and The Many Adventures of Winnie the Pooh. More recently, he helped develop the concept for the Finding Nemo SubmarineVoyage, which opened at Disneyland earlier this year. Among his earliest assignments for WDI, Bruce produced show set pieces for anumber of Epcot attractions and was also a member of the installation team for Journey Into Imagination in Future World. At Disneyland, he assumed the same responsibility for New Fantasyland, which opened in 1983.

Gordon is survived by his father, Walter E. Gordon of Placentia,California, and his sister, Nancy M. Gordon of Washington D. C.]
You can read tributes on Jim Hill Media, on Jim Fanning's Tulgey Wood and on this specially created site. You should also read the articles written more recently by Floyd Norman and the Miceage team.

I am obviously still under the shock on this piece of news. Bruce was the person who edited the text of my book on Disneyland Paris, a great Imagineer and especially, along with the late David Mumford (who also passed away extremely young), one of the most respected and knowledgeable Disney parks historians, author of countless books, including the "must-haves": Disneyland, the Nickel Tour, The Art of Disneyland, and the upcoming Art of Walt Disney World.
Five months ago, I had written the following introduction for the upcoming Walt's People - Volume 6. Little did I know that I would have to add a name to the list below so soon.

[At its best Walt’s People is an ongoing celebration of the artists who created the movies, comics and parks we love. At its worst it’s an endless battle against death.
We face death every single step of the way. More than eighty percent of the artists who appear in Walt’s People have passed away; some of the interviewers, like Richard Hubler, have too. As if this were not enough, though, we know that even those of the “old-timers” who are still alive will often not be there for very long. I was editing the interview of Iwao Takamoto by Wes Sullivan the very day of Iwao’s death; I had just started an email interview with Carol Svendsen—widow of long-time Disney artist Julius Svendsen and mother of imagineer Julie Svendsen—and was starting to discover how outstanding an artist and a human being she was herself when she suddenly got ill and passed away.
As if this were not enough, some historians whose talent and kindness I had come to appreciate through my interactions with them for Walt’ People, Bugs’ Buddies and other book projects, also disappeared during the last few years. What made things worse in this specific case is that David Mumford, Leon Jansen, or Tim Onosko were way too young for their death to even be forecast.
Why did I decide to open this volume on such a terribly grim note? First because I wanted to pay homage to people like David, Leon and Tim, whose research we are still building upon. Second, because this overwhelming presence of death should really make us realize that if we have the opportunity to interview great Disney artists or preserve their work, we should do it today instead of tomorrow, and even more importantly that we are ourselves mortal and should start thinking about how to best preserve our research and accumulated material, to anticipate any “worst possible scenario.” I mentioned a few times in the past, through various forums, that spreading this accumulated research through books, magazines and the web appears to me as the nest solution currently in existence, above and beyond libraries and museums. But the important thing is to start planning for it at an early stage, despite our life expectancies.
Which leads obviously to the second theme of this introduction: “Why are we trying so hard to preserve Disney history?” I once distinguished two intimately linked motivations, on the Disney History blog, in the following terms:
“The impact our work will have on yet-to-be-born animation historians and enthusiasts and the impact our work will have on yet-to-be-born artists.
Let’s start with animation historians and enthusiasts: I would never have started Walt’s People if I had not discovered 15 years ago Michael Barrier’s groundbreaking magazine Funnyworld… which by the time I discovered it had already ceased publication. And Walt’s People seems to have inspired quite a few other projects related to Disney history with only two years of existence. That’s just mentioning one example of someone who was inspired by Michael Barrier’s magazine. Talk about a snowballing effect when you add all the other current historians and enthusiasts who were inspired by it and will inspire others in their turn.
As for animation artists: I have been working for the last few weeks on a series of conferences from CalArts that Darrell Van Citters sent me and that will be released in Walt’s People – Volume 7. Lecturers include Ollie Johnston, Milt Kahl, Maurice Noble and others. But more importantly, attendees include John Lasseter, Brad Bird, John Musker, Nancy Beiman and quite a few other heavyweights of the current animation galaxy. They were lucky to be able to study with the masters of the Golden Age, but the new generation will not have that opportunity, unless we give them access to those conference transcripts, those lecture notes, those handouts (like the ones from Walt Stanchfield that have been available on the web for quite a few years). Will those upcoming artists study them at home over many years? Yes, the smarter ones probably will. If the next John Lasseters, John Muskers, Nancy Beimans or Pete Docters (Pete is both a hugely talented director and an animation historian) do get something out those posts, will the effort of posting them have been worth it?
I often joke that our passion for Disney history or animation history is unlikely to change the world. That’s a reality, of course, and our passion for history, our excitement with new discoveries, our pleasure at building on each others research is its own reward. But then I think of the emotional impact that Monsters, Inc. had on me; I remember that Pete Docter studied Disney’s animation history in depth before directing what I consider a masterpiece, and I find myself hoping that part of the knowledge that we contribute to spread might have a small impact beyond the historians and the fans, through the artists, on the quality of the animated movies themselves.
I believe it is worth the effort. I am being selfish: I love this stuff so much.”

You will notice a few things in this volume: I am trying to gather more interviews with imagineers than in the past volumes. No less than six of them are featured this time around: Dick Irvine, Marvin Davis, Joe Fowler, Roger Broggie, Fred Joerger, and Ken Anderson. As promised in past introductions, I am also starting to release hard-to-find material from Cartoonist PROfiles—by I. Klein in this volume, by Grim Natwick in volume 7—and interviews with Walt’s family members.This introduction would not be complete, however, if I did not mention the star of this volume, Disney historian and animation writer Steve Hulett, who takes us from the Pinocchio days, with his interviews of Wilfred Jackson, Ward Kimball, Ken Anderson, Ken O’Connor and Claude Coats, to his days as a Disney kid, son of Disney background painter Ralph Hulett, and to his career at the Studio in the ‘70s and ‘80s. In other words: quite an eclectic selection, as ever, which starts with... music!]
Posted by Didier Ghez at 1:34 PM