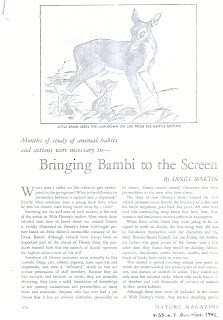 I received last week through Michael Barrier a large selection of articles I had been looking forward to get . You may remember that I posted a few months ago an article by Janet Martin titled "Librarian at Disney." I liked that article so much that I started looking for other articles by Janet Martin. The only one I could find listed was "Bringing Bambi to the Screen," which I had planned to post online this morning. You can therefore imagine my surprise when - this morning of all mornings - CartoonBrew decided to post part of another article by Janet Martin I had never heard of before and that I would love to read in its entirety.

Who was Janet Martin? I suspect she might have been Studio publicist in the late '30s and early '40s, the equivalent of today's Howard Green. Could anyone confirm this? 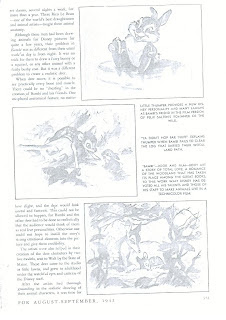 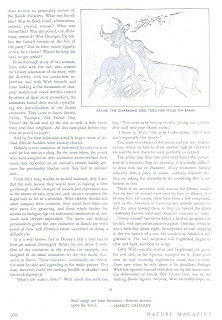