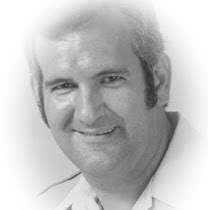 Imagineer and Disney Legend Ralph Kent passed away. Jim Korkis has sent me the following message concerning his career and his funeral:
[You should probably link to Lou Mongello's tribute to Ralph Kent. Lou did a terrific job summarizing Ralph's career. While Ralph's passing was not unexpected, it is still tragic and he seemed much too young to be leaving all of us.

Ralph was an incredible person. He was genuinely modest, talented beyond all imagination, funny, patient and unfortunately in his later years plagued by health problems that eventually had him in a wheel chair. At last year's NFFC convention in Orlando, he seemed frail but still full of fun and it was clearly apparent how much he and his wife loved each other.

I knew Ralph for about ten years and in fact, before he got really ill, he had talked with me about collaborating with him on a book. We would cover the Fab Five characters decade by decade. He would do the drawings and I would do the text. He was upset when he saw merchandising that had a 40s Mickey with a 50s Goofy and such. So the purpose of the book was to show how the character should be drawn step by step, what the personality was, how they interacted with the other Fab Five characters, their "key" films of that period etc. as a guide primarily for the merchandising but also for the general public. That dream will never come to pass unless I hook up with Alex Maher or Brian Blackmore who were trained by Ralph as his successors at the Disney Design Group. I hope one day Alex and Brian will share some of the many stories they heard from Ralph over the years. I had some notes from previous talks with Ralph in preparation for a longer interview that never came to pass that I will eventually put together for Walt's People once I locate them and organize them.

I believe there is an interview with Ralph in Tomart's DISNEYANA but it focuses primarily on his work in merchandising. Ralph's impact will be felt for at least another generation through all those artists that Ralph trained.
Ralph's wife Linda called with the following arrangements - so far:
* Ralph will be cremated at the Grissom Funeral Home, 803 W. Emmett Street, Kissimmee, on Thursday. TIME TBD
* The funeral will be on Saturday in the Jehovah Witness Kingdom Hall, 1525 Mill Slough Road in Kissimmee . TIME TBD
* In lieu of flowers, donations may be made to Jehovah Witness, 1525 Mill Slough Road, Kissimmee (407-933-7547) ]
Posted by Didier Ghez at 5:07 AM