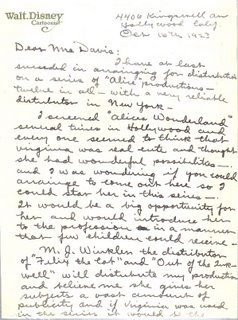 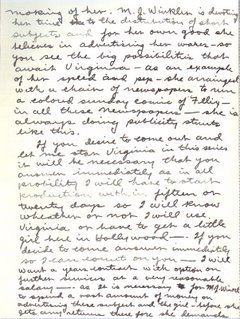 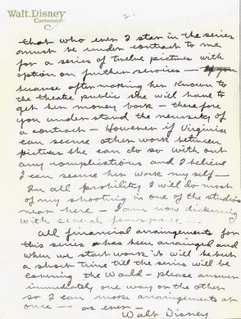 Mark Sonntag was kind enough to forward to me yesterday these scans (above) of one of the first letters that Walt sent to the mother of Virginia Davis, the first of the actresses who played Alice in the "Alice Comedies".

This letter pertains to the collection of Phil Sears and you can find another one, from October 21, 1923 as well as the story of how they were aquired, by checking Phil Sears' site. 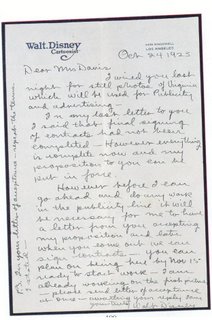