Do you remember the drawings by Ken Anderson from the mysterious Chicken Little project that I posted a few weeks ago (see the August blog archives)? Do you also remember this post which mentioned that Swedish reader Joakim Gunnarsson remenbered having read a Disney book when he was a kid that told the Chicken Little story and featued Mickey, Donald and Goofy wearing the same costumes?

Joakim managed to send me a copy of the book! 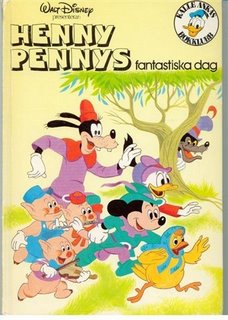 Of course, in it the character of Chicken Little... 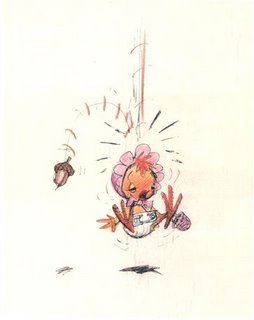 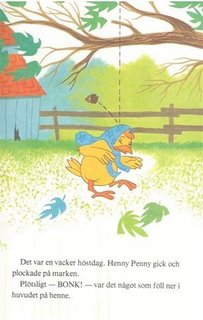 Jiminy Cricket and Daisy who appeared in Ken Anderson's drawings... 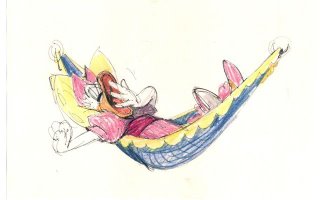 ... were replaced by the Big Bad Wold and the Three Little Pigs. 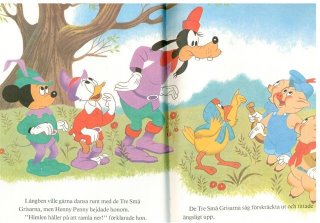 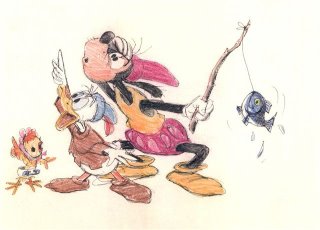 But the costumes are clearly the same and it really looks as if Tony Strobl who designed the book had seen Ken Anderson's drawings earlier on. Intriguing, wouldn't you say?