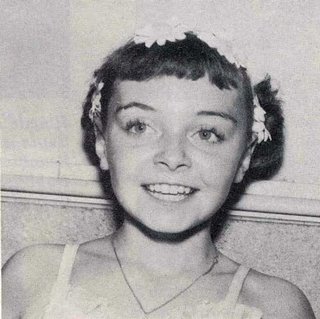 Third part of this week series of articles by Jim Korkis.

Researching some articles is more interesting than others.

The Playboy "Playmate of the Year" for 2006 happens to be Kara Monaco. Born in February 1983 in Lakeland, Florida and graduated from Lake Brantley High School in 2001, this five foot six inch blonde-haired, blue-eyed young lady began her performing career as a Disney princess at Walt Disney World. She performed as seven different characters for parades and "meet and greets" including Snow White, Cinderella, Ariel the Little Mermaid, and Alice in Wonderland. "I most liked being Cinderella," she said in a recent interview, "All the little girls love Cinderella". In fact, this issue of "Playboy" has photos of Kara as "Snow White" and "Cinderella". She started appearing in "Playboy" special editions August 2004 and was a centerfold in the June 2005 issue which generated many articles entitled "From Cinderella to Centerfold". So if you are a Disney completist, these issues might be something you want to add to your collection.

This is not the first time a twenty-three year old female Disney performer has appeared in "Playboy". Dayle Haddon's first film role was in Disney's live action film "World's Greatest Athlete" (1973) and Disney was grooming her to become a leading ingénue. However, Miss Haddon had other career goals and appeared in the buff in the April 1973 issue of "Playboy", effectively ending her Disney career.

And let's not forget original Mouseketeer Doreen Tracy (left) who revealed all in the August 1979 issue of "Gallery" although to make things worse, in some shots she is wearing her mouse ears and Mouseketeer sweater.

That must be the power of Disney. Nobody ever mentioned when actress Debra Winger appeared nude that she began her performing career at the age of seventeen as a costumed character at Six Flags Magic Mountain in Southern California. She wore a furry troll costume (the mascot of the park at the time) and while changing on the back of a truck, it suddenly jerked, sending her head first to the ground. She was in a coma for three days and one doctor thought she would be completely blind for the rest of her life. Just one of the dangers of being a costumed character but probably not as dangerous as publicizing that you used to be a Disney Princess.
Posted by Didier Ghez at 12:07 PM