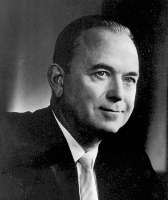 Here is Jim Korkis' second article of the week.

There has been a lot of discussion lately about the changing relationship between McDonald's and Disney so researching an article on the two companies, I thought I would take a look at the very beginning when Ray Kroc who led McDonalds to world prominence first met a very young Walt Disney.

In Ray Kroc's autobiography (GRINDING IT OUT, Contemporary Books 1977) is the following paragraph:

"My parents objected strenuously, but I finally talked them into letting me join up as a Red Cross ambulance driver. I had to lie about my age, of course. In my company, which assembled in Connecticut for training, was another fellow who had lied about his age to get in. He was regarded as a strange duck, because whenever we had time off and went out on the town to chase girls, he stayed in camp drawing pictures. His name was Walt Disney."

However that is not the end of the story. Years later in 1954, Kroc wrote to Disney:

"Dear Walt, I feel somewhat presumptuous addressing you in this way yet I feel sure you would not want me to address you any other way. My name is Ray A. Kroc...I look over the Company A picture we had taken at Sound Beach, Conn. many times and recall a lot of pleasant memories... I have very recently taken over the national franchise of the McDonald's system. I would like to inquire if there may be an opportunity for a McDonald's in your Disneyland development."

Walt responded with a warm letter informing Kroc that his request had been sent to the Vice President in charge of Disneyland concessions because Walt confined his activities to the creative side. So there could have been a McDonald's when Disneyland opened if that Vice President had followed up on the offer.
Posted by Didier Ghez at 11:05 PM