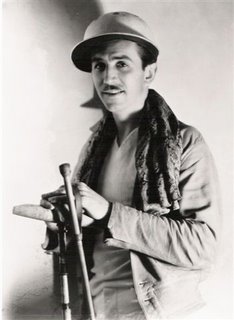 This just in from David Lesjak:

As you know, I have been collecting vintage Disneyana
since about 1981. I particularly like early paper items. I had time tonight to scan some rather esoteric items from my collection, which I’d like to share with you and those who read your blog. According to Bob Thomas’ book – Walt Disney An American Original – Walt Disney began playing polo in 1932. Walt kept a stable of ponies at the Riviera
Country Club. Here are two interesting trivia questions: what were the names of Walt Disney’s polo ponies and what number did Walt wear on his game jersey?

Walt was able to convince several Studio employees to
be on his polo team including: his brother Roy, Les Clark, Norm Ferguson, Jack Cutting, Dick Lundy, Bill Cottrell and Gunther Lessing. I also believe Dave Hand (Supervising Director, Snow White and the Seven Dwarfs also played). By all accounts Walt loved the game and the social interaction. Disney played as often as time would permit in those early days, taking on the likes of Spencer Tracy, Will Rogers, Darryl F. Zanuck, and James Gleason.

Walt eventually quit the game on the advice of his brother Roy. Walt was too valuable to the organization to be playing such a potentially hazardous game.

As a sidenote, Walt did suffer a serious injury, damaging several vertabrae after a fall. The injury caused him chronic pain in later years.

Anyhow, here are the answers to the trivia questions: according to an inventory list for Walt’s stable at the Riviera Country Club the ponies were called June, Slim, Nava, Arrow, Pardner, Tacky and Tommy. The answer to the second question? Walt wore the number 4 on his jersey."

I will post the other 3 photos that David sent within the next few days and also hope to get Jim Korkis to write a short article for the blog in the same subject.