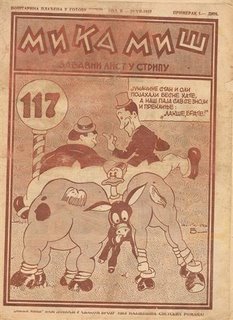 Thanks to Jim Korkis, we are starting today a 5 part series about Walt and polo. Do I feel really stupid now to have spent all those splendid photos of Walt and polo that David Lesjak had sent me last week. Oh well, patience has never been my strongest quality and I was way too eager to share those.

So without further ado or remorse, here is the first part of Jim's new series.

"It always surprises me when people talk about the Golden Age of Disney Animation and fail to mention how athletic the Disney animators were. From Boxing to Baseball to Beyond, Walt's boys were not just voyeurs of sport but active participants.

Those rough and tumble experiences influenced not only the selection of topics for animation but infused that animation with a power that is often overlooked. The spare time of these now famous animation legends was spent doing everything from playing baseball on a dirt lot next to the Hyperion Studio to working out in the Penthouse Club at the Burbank Studio to playing polo.

Polo is an unbelievably intense physical sport. Many think it originated in Persia (now Iran) over 4,000 years ago. In India, the game has been played for over 2,000 years. When Lt. Joseph Sherer (known today as the father of English polo) saw the game being played in Manipur, India by local tribesmen, he felt the British had to learn how to play the game. The Manipurs called
their game by two names: Kanjaibazee and Pulu (meaning wooden ball). It was that latter name that inspired the present name of the game.

In the 1930s, there were over 25 polo fields in Los Angeles including such popular spots where Walt Disney played as the Uplifters Polo Field (now bulldozed and replaced with a street) and the Rivera Polo Field (now the home of the Paul Revere High School).

In Hollywood, the strongest champion of the sport was humorist Will Rogers who was introduced to the game in 1915. During the Twenties and Thirties, Rogers popularized the sport among the elite in Hollywood from Hal Roach to Darryl Zanuck to Walt Disney.

Walt had a personal friendship with Rogers. In fact, he was negotiating with Rogers to appear in Walt's first full-length animated feature film. Grim Natwick, Art Babbitt and Bill Tytla journeyed to Rogers' Santa Monica ranch to sketch him in action."

The story continues tomorrow…..
Posted by Didier Ghez at 1:07 AM