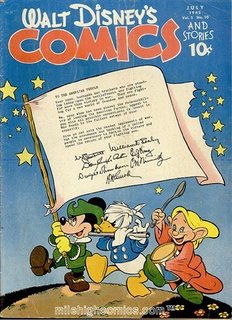 Speaking of comics, here is a great email I received yesterday from Are Myklebust: