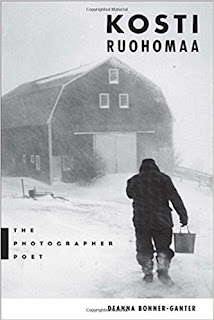 Kosti Ruohomaa was a special effects artist at the Disney Studio from 1938 to 1941. After he left the Studio he became a professional photographer.

I just discovered a few days ago this fascinating biography which contains a great chapter about Kosti's work for Disney and about 15 never-seen-before photos that Kosti shot while he was working at the Hyperion studio and later in Burbank. From my standpoint, in themselves these photos are worth the price of the book.
Posted by Didier Ghez at 5:14 AM