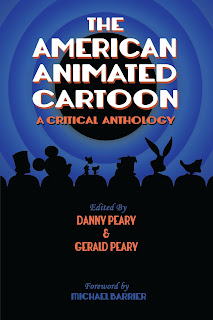 Here are two new books that have just been released by Theme Park Press. The American Animated Cartoon is a re-release of a great book that had been long out-of-print. And here is what the publisher sent me about Passport to Pixie Dust, a biography I will definitely pick up:

[Ted's Excellent Adventures
Ted Kellogg sweltered through weeks in the jungle. He was far from civilization, and the natives were sometimes restless. The boats were leaky. The skippers were sketchy. The spiels were in Spanish. Fun times on the Jungle Cruise? Think again. This was no E-ticket ride...Before Ted Kellogg began his 32 years in service to the mouse, he put on his figurative fedora and channeled his inner Indiana Jones. From tropical jungles to the open sea, Ted survived a deep-sea dive that went too deep, a monstrous storm off the coast of California that nearly wrecked his ship and killed his crew, robbers and night raiders in Central America, and other hair-raising encounters.With the jungle and the sea out of his system, mostly, Ted took a job in Disneyland, but before long he transferred to Walt Disney World, then being built, and took charge of the park's many water craft. If it floated in or around the Magic Kingdom, Ted Kellogg knew about it.Equal parts adventure story and Disney cast member memoir, Ted's tale is testament to the power of following your dream, whether on land, on sea, or in a certain Magic Kingdom.] 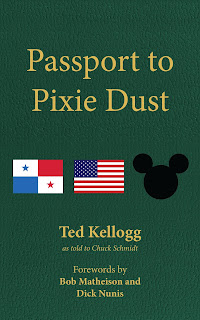 The cover of the Pearys' book looks surprisingly similar to Leonard Maltin's 'Of Mice and Magic'. I'm very curious about its content, though.

As recent Disney books are hard-to-get without using Amazon (whether from a university press or Theme Park Press), the out-of-print books are easy to find in eBay, so I will likely locate the 1980 edition of The American Animated Cartoon as soon as the Snow White artbook (Viking Press/1979) gets home, and that's very soon.