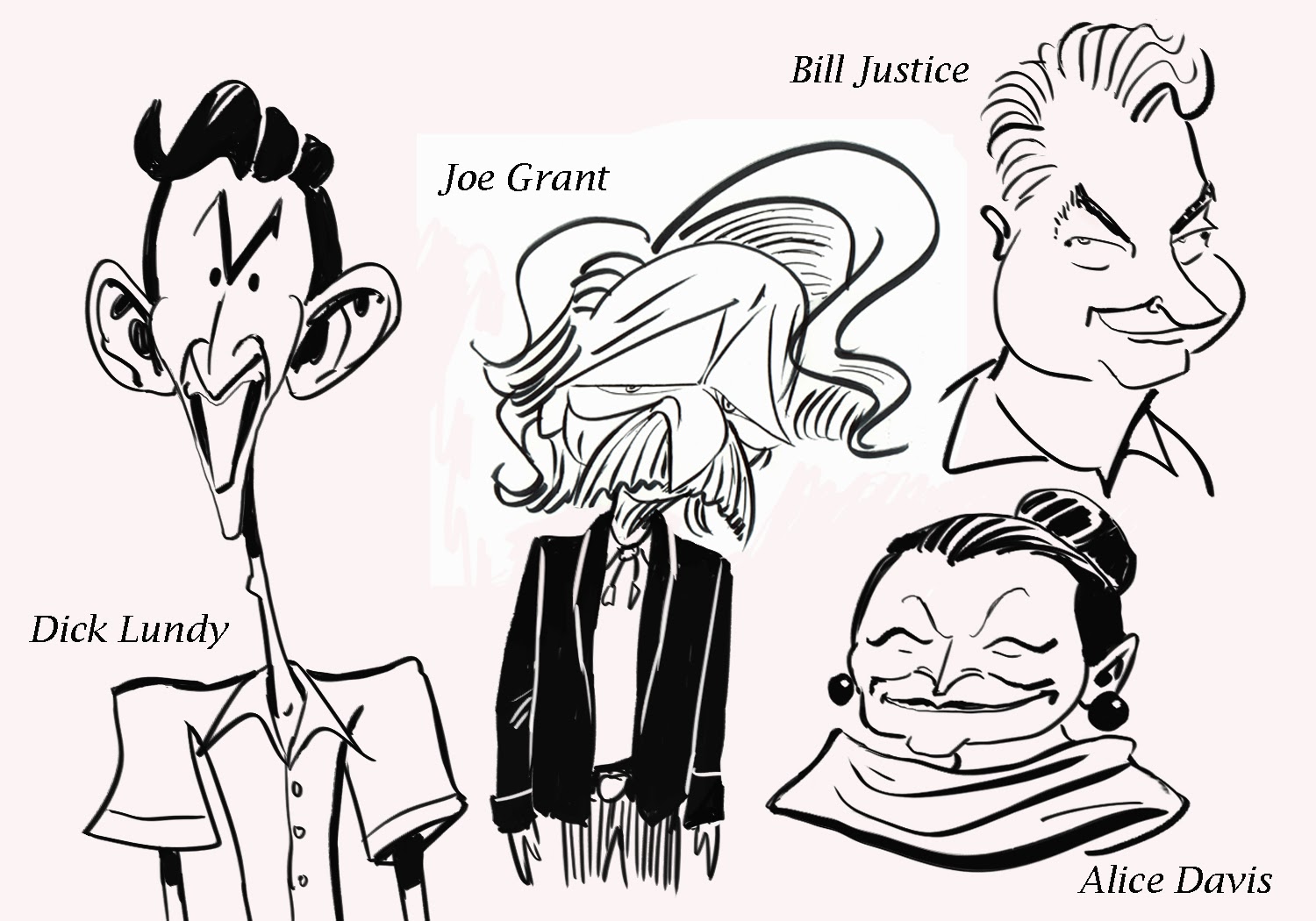 So, now that Disney's Grand Tour, Inside the Whimsy Works, and Life in the Mouse House have been released, what am working on at the moment?

The manuscript of Walt's People - Volume 14 is complete and we should expect a release around May at the latest. (The above caricatures were created by John Musker for the cover.)

I am hard at work on Walt's People - Volume 15 and most of the chapters have already gone through the first round of edits.

Joe Campana and I are working on Eric Larson's long-thought-lost autobiography (and on Eric's notes about animation). We are putting them in shape for release later this year or early in 2015.

I am also in the very early stages of research on "Disney and Space," a book which is probably about two or three years away at least.

Finally, I am working on two other fun projects, one with Joe and one on my own. The one with Joe is focused on one of the "holy grails" of Disney history. Too early yet to reveal what it is. It will probably take us three or four years to complete. The other project, if it happens, will be a collection of five visually stunning books. More on this later this year, hopefully.

In other words, things are busy and fun at the moment.

I am really looking forward to all of your next projects and can not wait to read them.