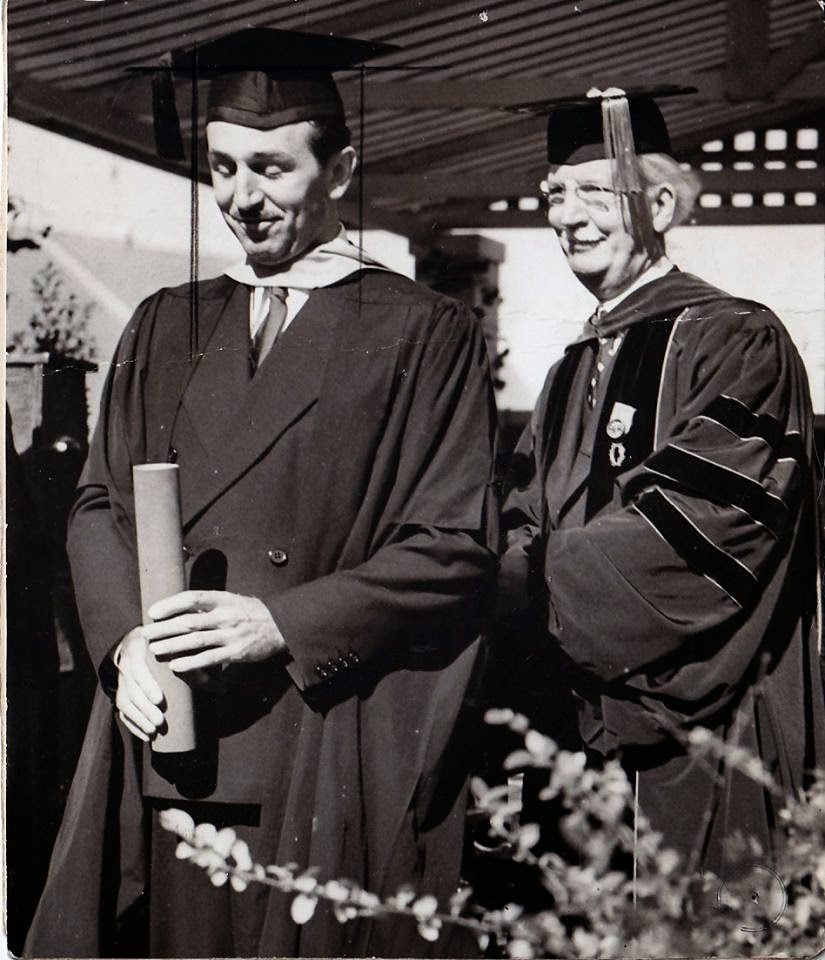 A few days ago, Mark Sonntag posted the above photo on the Disney History Insitute Facebook page. He was trying to find out where Walt was that day.

A short while later David Lesjak and Brett Jeffries working closely together, established that the photo had been taken at the University of Southern California and that the man on Walt's right is Rufus Bernhard von KleinSmid, President of USC at the time. We know that Walt got his honorary Masters of the Arts degree at USC on June 4, 1938.

What I realized by researching that date is that he attended another important event that same day...

At 18.00, he arrived at the infamous Lake Norconian party, "Walt's Field Day", that he had organized to celebrate the completion of Snow White and the Seven Dwarfs.