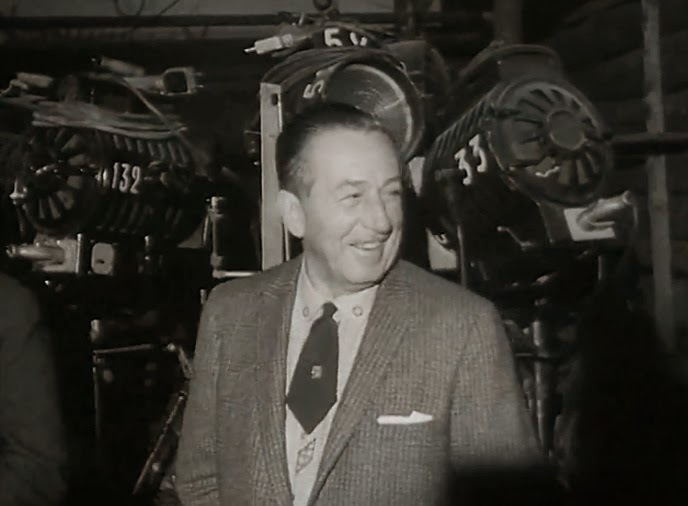 [As you probably know Walt Disney only visited Sweden once.  A couple of days ago I found a Swedish newsreel from 1959 - that you might not have seen - about his visit to Sweden in connection with a film that was shot partly there: Hans Brinker or The Silver Skates.
He came to Stockholm, was received at the airport by a young girl with flowers and the director of the film and among others the chief of RKO there. He held a press conference at the balcony of his hotel.   He also visited the "Filmtown" and met with Ingmar Bergman - the famous Swedish director.

You might have read what Joakim Gunnarsson posted about this event on his blog a couple of years ago (two postings).]

What’s this? Joakim Gunnarsson? We already know about Gunnar Andreassen. Could there be an André Gunnarsson out there somewhere as well? :-)