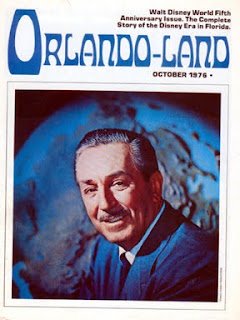 Once again I need your help. I am working at the moment on a large essay about the building of Walt Disney World, focusing on the roles of Joe Fowler and Carl Bongirno, for Chad Emerson's upcoming book about the park.

Michael Crawford was kind enough to send me two articles from the magazine Orlando-Land (that later became Orlando Magazine) written by Edward L. Prizer: Inside Epcot and The Disney Era in Florida. Those two articles are simply put spectacular (full of interviews, in-depth information, etc) and I am now extremely eager to locate all the other articles written by Prizer:, especially the articles that appeared in issues from May 1983 and October 1996.

Could anyone help?
Posted by Didier Ghez at 1:47 AM