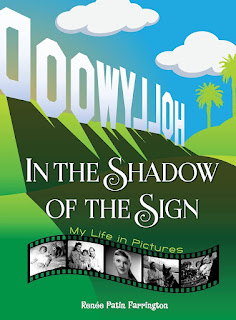 This book was released a few months ago and I should have mentioned it much earlier. The author, Renée Farrington, is the daughter of Disney artist Ray Patin (one of the talented animators of Disney's Golden Age). Her heavily illustrated and beautifully written memoir takes us from the Golden Age of animation all the way to her most recent adventures in the shadow of the Hollywood sign. This is truly a delightful read.

There are a few chapters about her father's career at Disney and after Disney, with some great, never-seen-before illustrations. However the book is Renée's autobiography and therefore most of its is not about Disney, but about what it was like to grow up in Hollywood, "in the shadow of the sign."