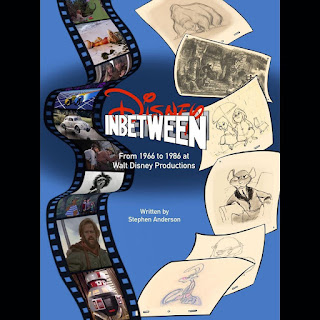 Stephen Anderson joined Walt Disney Animation Studios in 1999 as a story artist on Tarzan. Following Tarzan, Anderson served as story supervisor for The Emperor's New Groove and Brother Bear. He later directed Meet the Robinsons and co-directed Winnie the Pooh.

[Playing around with a cover idea for my book ‘Disney Inbetween’ - the story of the 20 years between Walt Disney’s death and the Eisner/Katzenberg takeover. I’ve been working on this project for a good 10 years and am happy to say that it’s in the editing phase right now. After that, it’ll be time to figure out publishing.

This is NOT final, approved cover art! Just me having fun.]