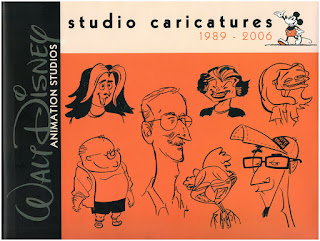 I just received my holiday gift. It is pure delight. Here is what I was able to learn about this little gem:

This book was given to all employees at Disney Feature Animation during the time they were making The Princess and the Frog, around 2008/2009. It's a compilation of the caricature show they had once a year. Ed Catmull and John wanted to publish it. Tamara Khalaf designed and curated it. John Musker wrote the foreword.

Apologies for the bad photos below. They are just meant to give you an idea of the content. 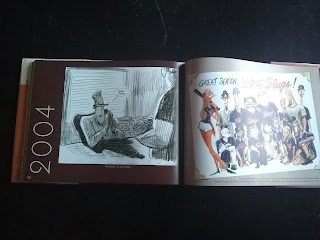 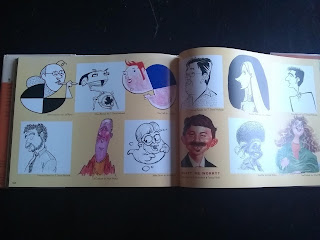