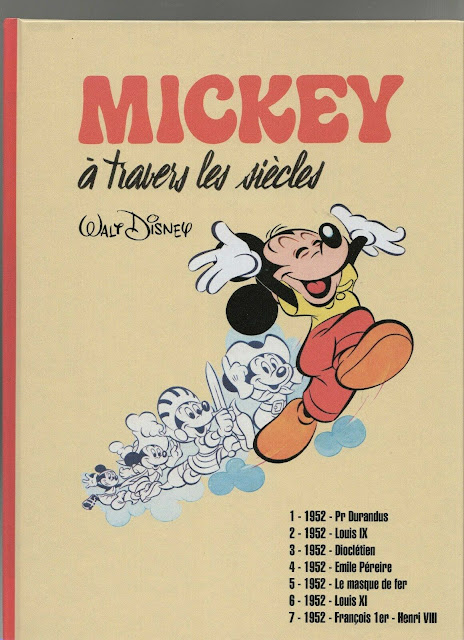 With Walt's People - Volume 24 recently released and Volume 25 on the verge of completion, I am starting to assemble Volume 26. That volume will contain several interviews related to Disney in Europe, including two I conducted with the artist Pierre Nicolas, famous for his "Mickey crying" cover for Paris Match and for the seminal comic book series "Mickey Through Time."

While conducting some research to write the introduction, I stumbled upon (and ordered) this special edition of the first installments of "Mickey Through Time" released in 2017. Has anyone ever seen this album?

My dream would be for all the episodes of the "Mickey Through Time" series to be released in book form one day. There is absolutely no chance that this will ever happen, unfortunately.