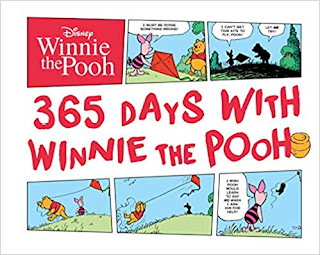 This just in from my good friend Jim Hollifield:

While it's not a complete chronological collection, the book does have several hundred strips from the 10-year run, as well as a short history section crediting the artists who worked on the strip like Sparky Moore. Perhaps the best part, though, is that it prints all three of the Winnie the Pooh featurette newspaper adaptations from the "Treasury of Classic Tales" series. It was disappointing that the book series ended around 1961 with Volume 3, so it was nice that three adaptations from the later years were included in this new publication.]
Posted by Didier Ghez at 7:17 AM