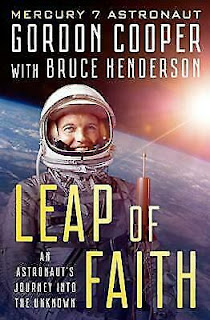 I spent part of the Xmas break editing a long (and fascinating) interview of Imagineer Roger Broggie, which will be released in Walt's People - Volume 25. In that interview, Roger mentions that when he retired he was replaced as the head of MAPO by astronaut Gordon Cooper.

I thought some of you might want to know that last year Cooper released his autobiography, which seems to contain a few pages about his Disney career...
Posted by Didier Ghez at 3:07 PM