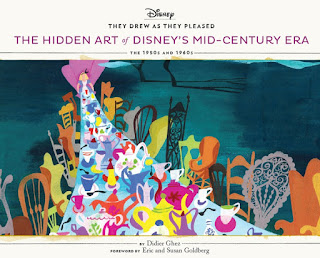 In no particular order, here is my selection of the best Disney history books of 2018:

Ghez, Didier: They Drew As They Pleased - The Hidden Art of Disney's Mid-Century Era published by Chronicle Books; 2018.

Kurtti, Jeff: From All of Us to All of You: The Disney Christmas Card published by Disney Editions; 2018.

Kurtti, Jeff: Travels with Walt Disney - A Photographic Voyage Around the World published by  Disney Editions; 2018.

Dallas, Alastair: Inventing Disneyland: The Unauthorized Story of the Team That Made Walt Disney's Dream Come True published by Theme Park Press; 2018. [Note: I have just finished reviewing this. This is a very good book, but you are unlikely to learn much from it if you have already read all the other books released about Disneyland. Unlike the other books in this list, this is not necessarily a "must have".]