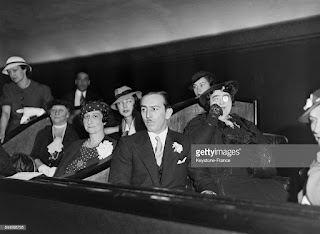 I was checking the Getty Images website a few days ago and had the pleasure of discovering those three photos of Walt in Paris. As you will know, if you have read Disney's Grand Tour, they were taken on June 27, 1935 at the Gaumont-Palace cinema in Paris. The woman on Walt's left in the above photo is Mlle. Vacaresco, President of C.I.D.A.L.C. and the man with the mustache below is Pierre Humble, director of the Theatre du Petit-Monde (see Disney's Grand Tour for more details).

I wish I had had access to those specific photos at the time I wrote the book! 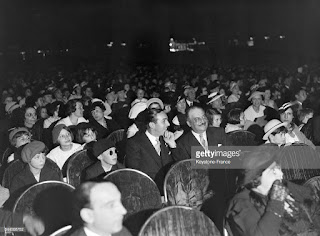 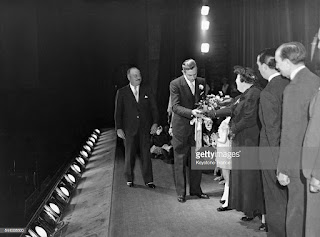