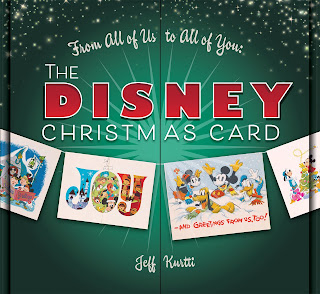 I have been waiting for this book for close to 10 years, since it was first announced by Disney Editions around 2009.

From All of Us to All of You The Disney Christmas Card by Jeff Kurtti does not disappoint: not only are all the Disney Christmas Cards from the XXth century reproduced in the book, Jeff also took the time to write short bios of some of the artists who created them. I also love some of the visual bonuses he included, especially the two Latin American Christmas designs of Donald and Panchito by Hank Porter, which I had never seen in a book before.