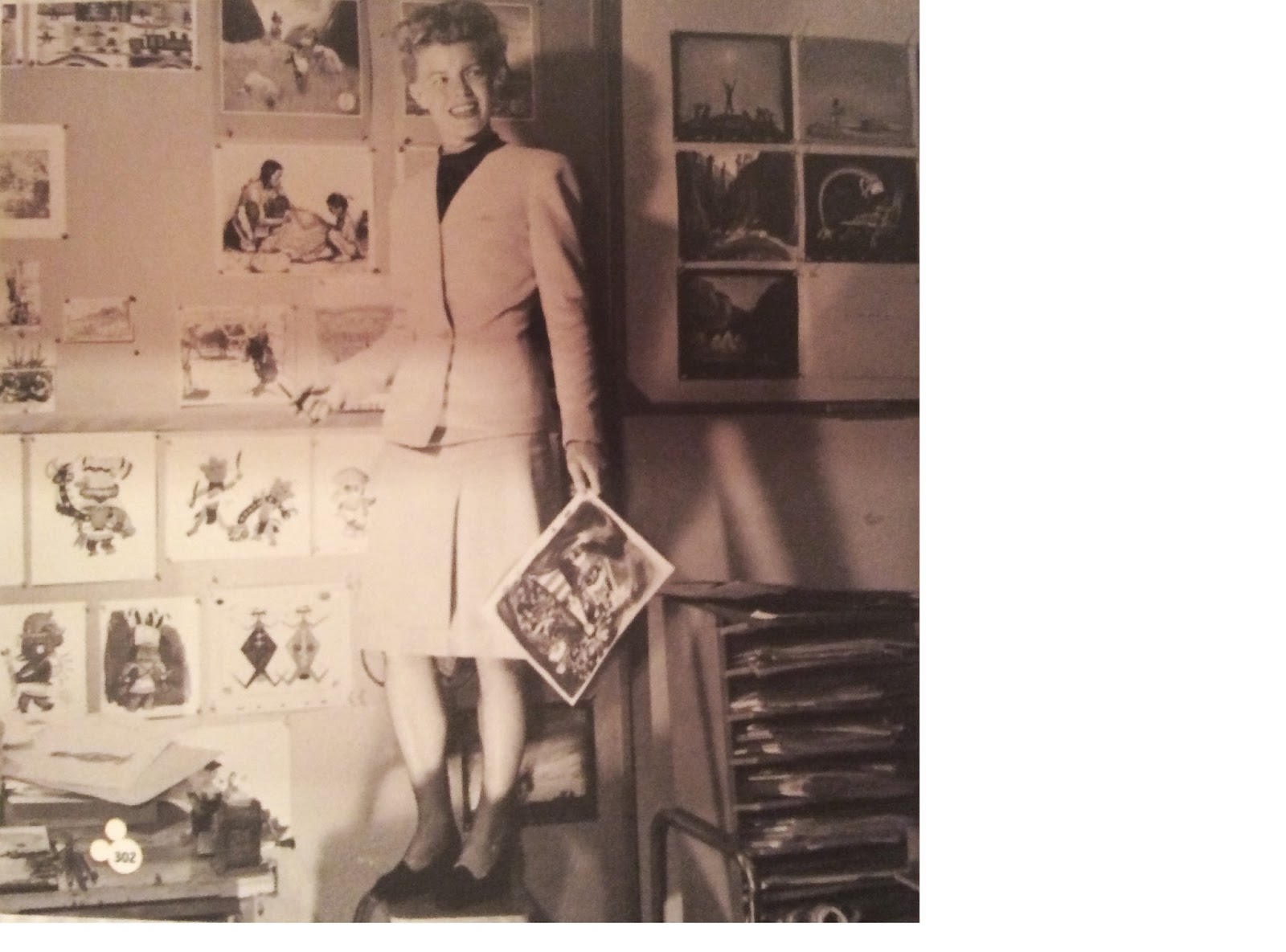 Retta Scott is known for being the first female animator at Disney, but we focus so much on this part of her career that we forget that she spent most of her time working in the Story Department. I would love to discover more about that other part of her career.

She is seen here working on an abandoned project from the mid-'40s called On the Trail, which would have been accompanied by a segment of Grofe’s Grand Canyon Suite. In a short interview with Robin Allan, Retta mentioned having worked with James Bodrero on that specific project.