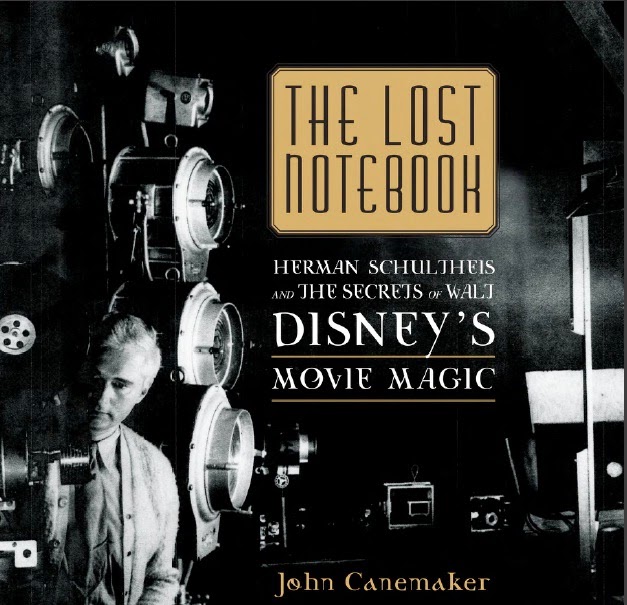 If I had to make a list of the Disney historians I look up to, John Canemaker would be at the very top of the list, along with just a handful of others.

I never thought he could top books like Before the Animation Begins or Paper Dreams, but I was wrong: The Lost Notebook: Herman Schultheis & the Secrets of Walt Disney's Movie Magic is John's best book to date, a true masterpiece. The text, as always, is meticulously researched and written with absolute clarity and depth. But what stunned me is that in the first half of the book, about 80% of the illustrations used (and probably even more) have never been seen before. The book is very heavily illustrated and the second half showcases what I believe is the complete notebook.

The key message is a very simple one: If you only buy one Disney history book this year, this is the one you should get!