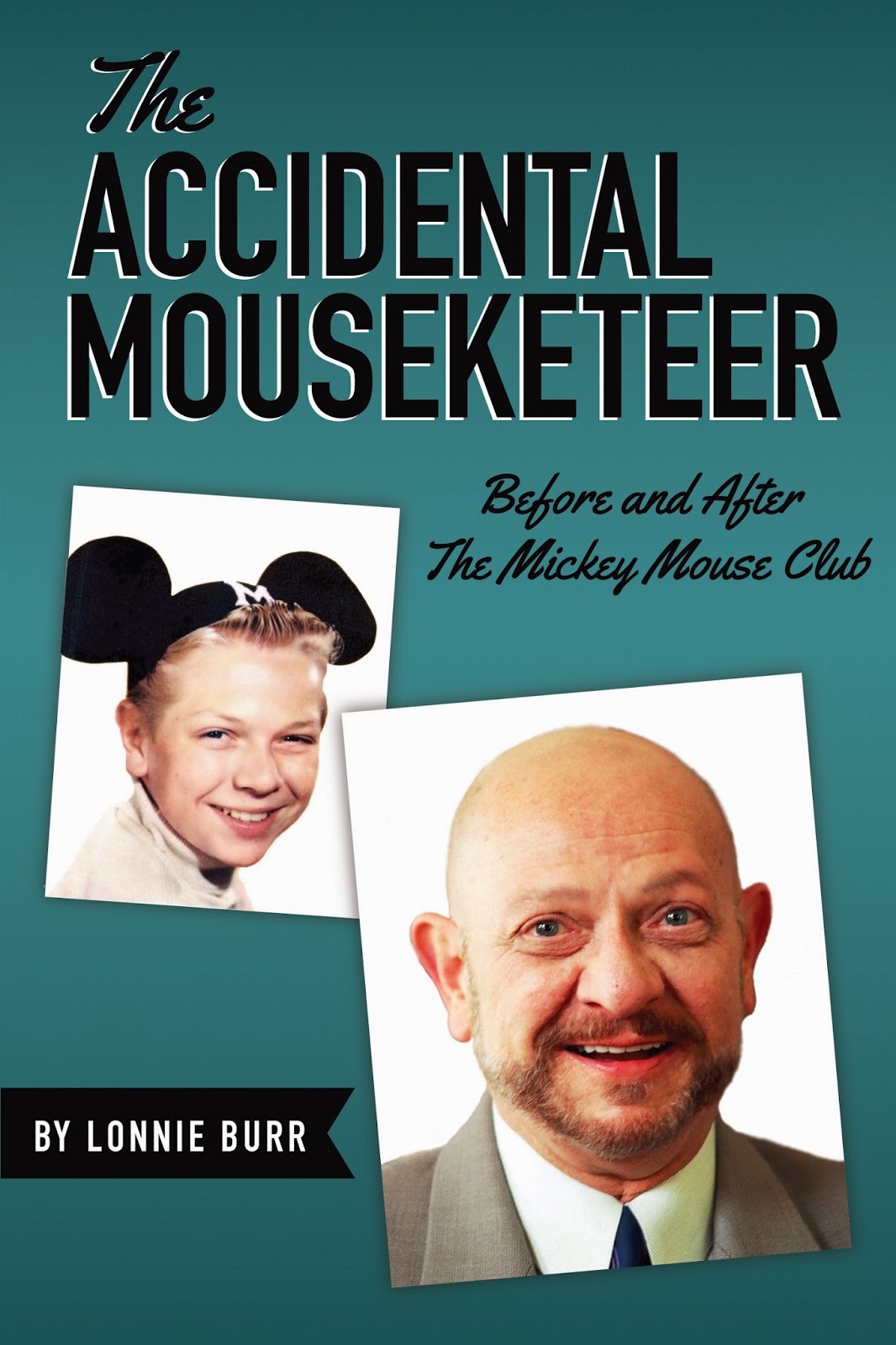 Since today marks the released by Theme Park Press of Lonnie Burr's autobiography, The Accidental Mouseketeer, I decided to interview Theme Park Press' owner, Bob McLain to learn a little more about the book.


Didier Ghez: How much of The Disney Mouseketeer is actually linked to Disney?

Bob McLain: There are two long chapters focused specifically on the Mickey Mouse Club and on various Disney events involving the Mouseketeers from the 1950s through the present. In addition, most of the other chapters have sections about Lonnie's involvement with Disney and Disney notables like Roy E. Disney, Bill Justice, Roy Williams, Michael Eisner, and others.

DG: The book was previously released by Bear Manor Media. How much new content does this book contain and how much of it is related to Disney.

BM: Lonnie added an entirely chapter, most of it about Disney, that brings the story up to date. He also revised and updated most of the other chapters. The Theme Park Press edition of the book has a new cover, professional editing, and a cover price $10 less than the original.

DG: What are the key surprises we can expect?

BM: They wouldn't be surprises if I told you! But I'll give you some teasers: Lonnie goes into detail about backstage antics on the set of The Mickey Mouse Club; his teen relationship with Annette Funicello; his fistfight with another Mouseketeer; his recollection of parties at Roy Williams' house; his post-Mouseketeer dealings with Disney, and his opinion of how Disney treats the stars which made the company so much money and which gave Walt the income he needed to complete Disneyland; and lots more.
Lonnie also explains why he was an "accidental" Mouseketeer, and how he never would have put on his ears without some very powerful (and likely illegal, today) persuasion by a Disney executive.

DG: Any other things you would like to mention about this book?

BM: Lonnie Burr was much, much more than a Mouseketeer, and since this book is his life story, quite a bit of it is about what Lonnie did before the Mouseketeers (as a child actor in 1940s and early 1950s Hollywood) and after the Mouseketeers, when his career in film and on stage truly blossomed. He has stories about working with celebrities like Elvis, Steven Spielberg, Roy Rogers, Billy Crystal, the Lone Ranger, and dozens of others.
Lonnie is never sentimental, and his recollections are unflinchingly honest. Although once a child star, with millions of fans, Lonnie had to deal - sometimes badly - with what happens when the clubhouse closes and the Disney contract ends.