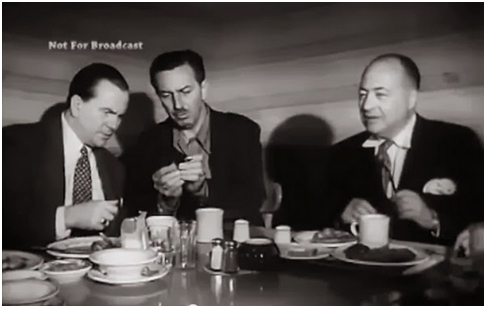 [The other day in the comments section of your blog, "wdi33" asked if the newsreel footage in your Valentine's Day post was filmed at the Disney commissary in Burbank.

Looks like it was. Compare the horizontally striped wall covering in the screen grab above from the film footage with the striped design in the publicity shot below of the Studio Commissary from 1945.

Incidentally, according to news reports in the Los Angeles Times, the visit by members of the National Cartoonists Society (founded in 1946) to L.A. and to the Walt Disney Studio took place not in 1950 but mid-November 1949.] 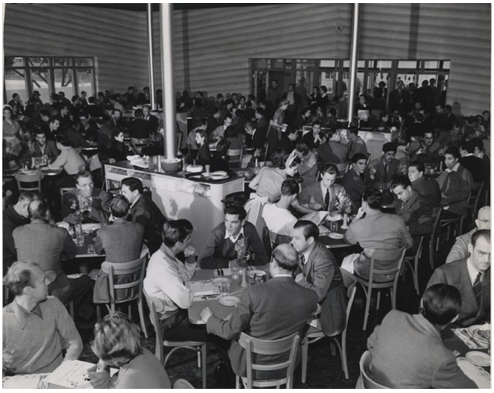 The National Cartoonist's Society gave Walt their Best in Animation Award in the years 1957, 1961, and 1963. I suppose the group's members may have been to the studio on any one of those occasions, too.