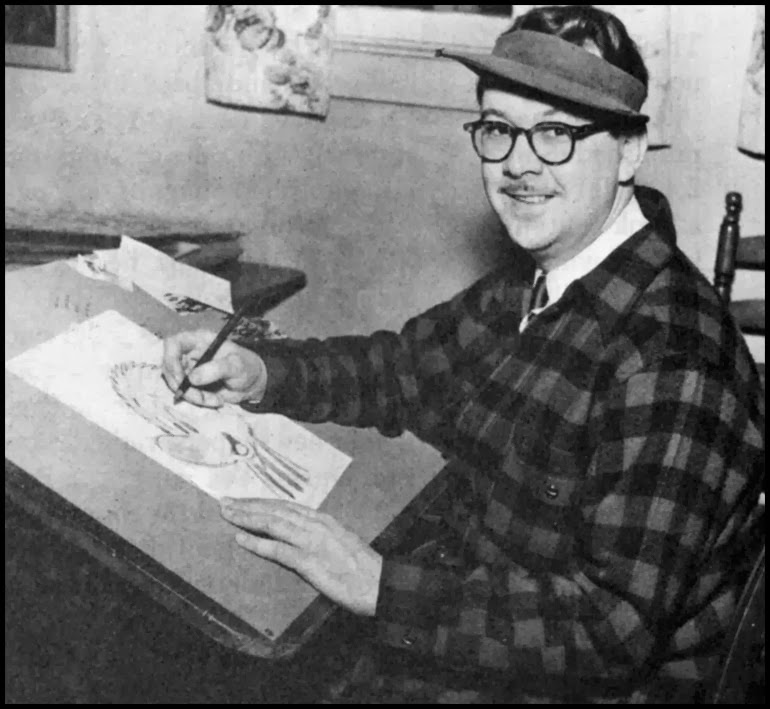 [In light of the recent, often ill-informed negativity about Walt Disney, it might be well to recall what Walt Kelly had to say about his former boss:

Disney’s demand for creativity in his workers has won him a reputation as one of Hollywood’s major tyrants. “He can’t stand people who don’t produce, people who are stupid,” says one of his old-time workers. According to one of Disney’s famous cartoonist graduates, Walt Kelly, creator of Pogo, Disney’s reputation as a “tyrant” comes from those who “didn’t measure up.”

“I’d never say he was a tyrant,” says Kelly. “He’s an easy man to work for, if you’re putting out. He is very demanding, there’s no doubt about it. He can be fairly sharp-tempered and tough, if people are stupid or unproductive, and this causes griping among those who don’t live up to his standards. But if you are hard-working, he’s an amazing man to work for. You learn an enormous amount, artistically. He helped to groom me, and I appreciated the experience enormously. I thought of him as a genius.”