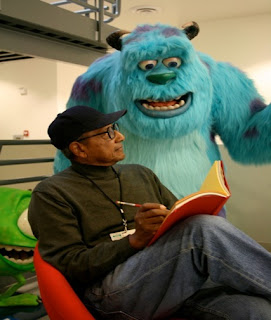 A self-proclaimed cartoonist, Floyd Norman has worked in motion pictures, television, comic books and strips. He’s been doing this longer than most people have been alive.

He wrote the syndicated Mickey Mouse strip and worked as an animator and story artist on at least a dozen feature animated films for both Walt Disney Studio and Pixar Animation Studios. Though retired, Floyd continues to work as a consultant for the Walt Disney Company and is currently producing a series of videos helping promote the Disney legacy. He has also developed video games and toys for Disney Consumer Products simply because he wants to play with them.