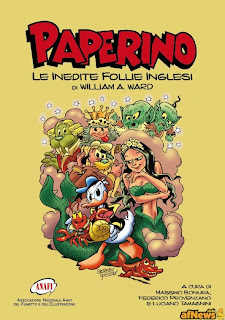 William Ward was one of the English artists who produced Disney comics for the Mickey Mouse Weekly in the late '30s. The stories he wrote and illustrated are among the most bizarre when it comes to featuring Disney characters. All of his Disney stories are now collected in a beautiful book which will be released next month in Italy. Unfortunately it is in Italian, but I know that the most serious Disney comics fans among you will want to pick it up.

This is something I really want to read!