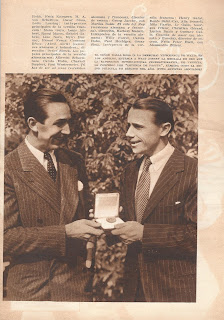 [From one of the Spanish - or Mexican - magazines that I bought recently.  However none of them seemed to be complete, so there was no information about the magazine or year of publishing.

WD gets the golden medal from the Venezia Exposition, 1935.]