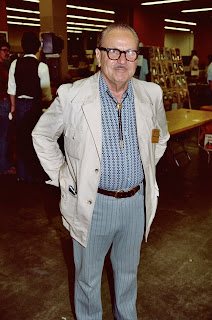 This just in from Kyle Ryan:

I'm curious if, in the course of your Disney research or otherwise, you've seen anything involving Hogarth.

Disney director Nick Nichols attended/taught at the Chicago Academy of Fine Arts before he started his own studio/school. Hogarth met Nichols at the Academy while in his teens then assisted Nichols on some newspaper panel work.
Many years later, it may have been Nichols who facilitated Hogarth (allegedly) having some input on the Disney Jungle Book feature.]

Would anyone have any material for Kyle?
Posted by Didier Ghez at 12:01 AM