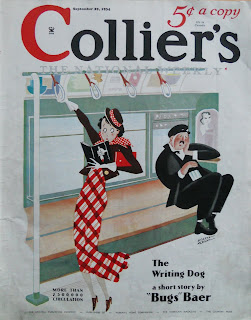 [Recently I bought an issue of Collier's from 1934 with a short story with "Illustrations by Walt Disney Studio". I immediately recognized one of the illustrations, but it was a bit different from the sketch I remembered having seen earlier.

The sketch for this drawing is found in Canemaker's "Before the Animation Begins" It's rather grotesque, and I have thought that this was a drawing that had never been used. See enclosures. The dog sketch by Hurter has a somewhat "Mickey Mouse" looking animal as the lower jaw, and this probably didn't make it through the sensorship. Since Hurter was an inspirational sketch artist, other artists made the finished ones, here probably by someone in the Publicity Department.

I will guess that the other drawings also were based on sketches by Hurter, as all of them really do look Hurteresque.

There's reason to believe that Collier's also published another story where Hurter's sketches were the inspiration for the illustrations.] 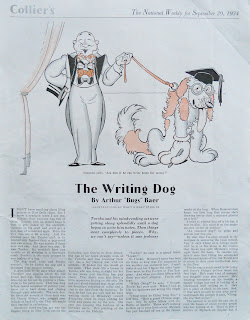 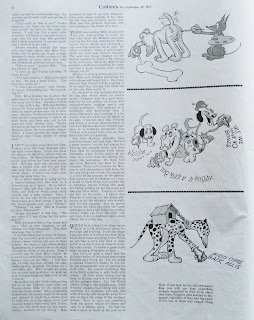 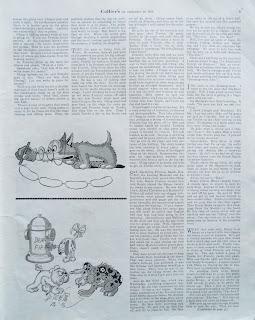 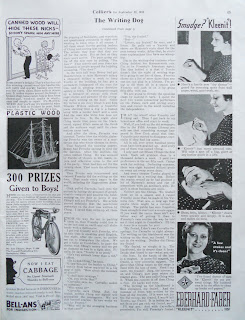 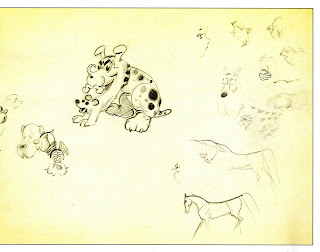