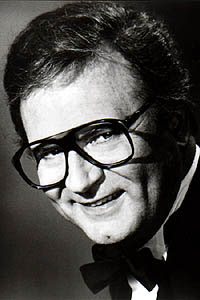 [In actor Charles Nelson Reilly's one man show, "Save It for the Stage" where he does a monolog about his long career in theater, he shares an anecdote I had never heard before concerning Walt Disney. In the Thirties, Reilly's father, Charles Joseph Reilly, was in New York as a painter who painted movies posters for Paramount before photos became the norm. Supposedly, before Walt moved into color, he visited Reilly's studio and complimented him on his use of color and offered him a job in Hollywood. Reilly turned it down because his wife did not want to relocate since all her family was on the East Coast. Anyway, that's the way Charles Nelson Reilly told the story.]
Posted by Didier Ghez at 12:25 AM

FYI - Charles Nelson Reilly died in 2007, so he is no longer performing his one-man show.