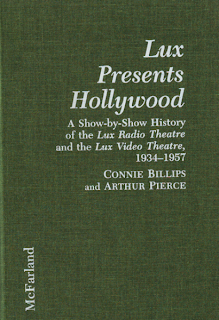 [Jim Korkis's always terrific research covers the bases for the /Snow White/ show and I thought I'd offer the following as a small supplement for anyone interested in further information about "Lux Presents."